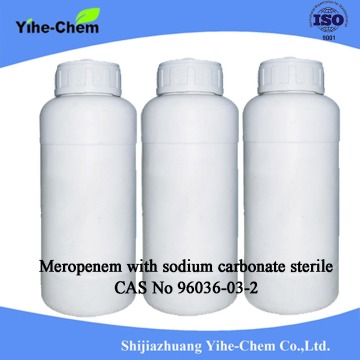 DescriptionMeropenem is a β-lactam antibiotic of the carbapenem subclass that has been shown to inhibit penicillinase-negative, -positive and methicillin-susceptible staphylococci. This compound demonstrates the ability to also affect strains of 11 species of streptococci. Mechanistic studies suggest that Meropenem's antimicrobial activity is based on its high affinity for the majority of penicillin-binding proteins, which are cell wall-synthesizing enzymes. Meropenem is very effective because it resists inactivation by the majority of microbial LACTB (β-lactamases) as well as kidney dehydropeptidase I. Experiments have shown Meropenem to have a low toxicity profile and, in contrast to similar compounds, no central nervous system toxicity. 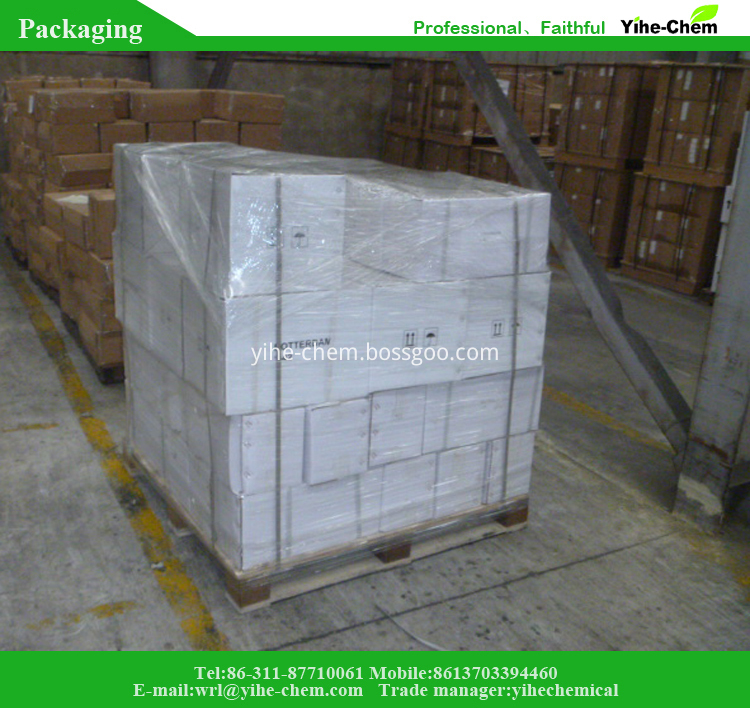 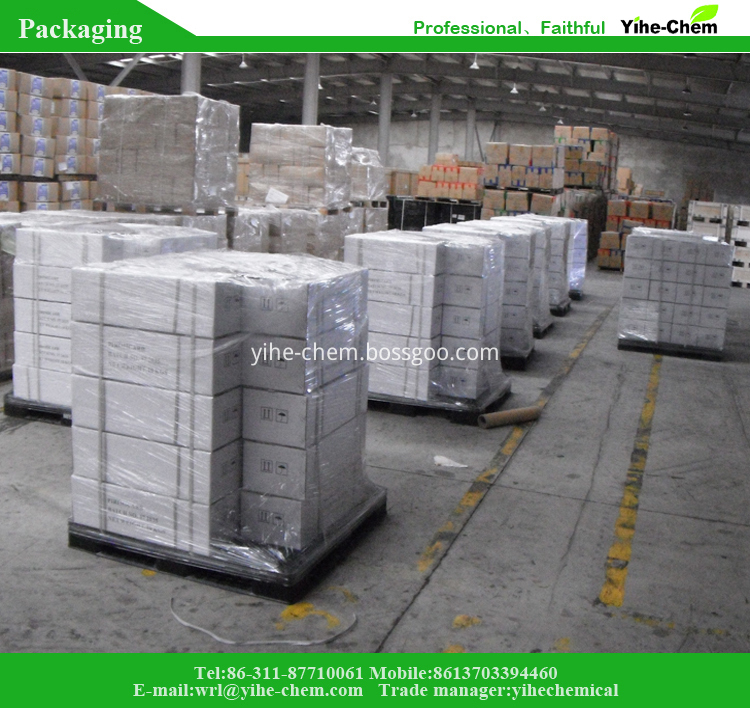 Established in 2007,Shijiazhuang Yihe-Chem Co.,Ltd is engaged in Intermediates chemicals, Pharmaceutical,Pesticides,fungicides and insecticides as well as color sorters agriculture products. With experienced technical team, professional technicist and advanced management system, we have obtained outstanding achievement in the past.

Establised in 2007,Shijiazhuang Yihe-chem Co.Ltd is engaged in Pesticides,Pharmaceutical Intermediates for agriculture products.With experienced technical team and service team,we have been serving customers in chemical industry and agriculture industry in more than thirty countries and regions.

Our mission is providing high quality products to our customers.Our comprehensive product portfolio and striving for excellent service enable us to develop long-term relationship with our customers all over the world.When you choose Yihe-chem,you may rest assured you are choosing the best value provider in the industry.

Email to this supplier