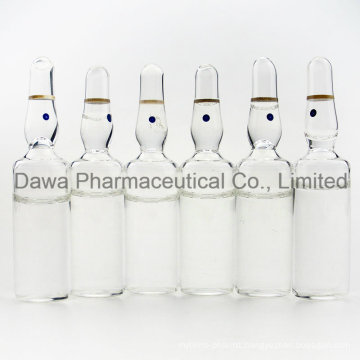 Procaine is a local anesthetic drug of the amino ester group. It is used primarily to reduce the pain of intramuscular injection of penicillin, and it is also used in dentistry. It acts mainly as a sodium channel blocker.Today it is used therapeutically in some countries due to its sympatholytic, anti-inflammatory, perfusion enhancing, and mood enhancing effects.

Pharmacology
The primary use for procaine is as an anaesthetic.

Procaine is used less frequently today since more effective (and hypoallergenic) alternatives such as lidocaine (Xylocaine) exist. Like other local anesthetics (such as mepivacaine, and prilocaine), procaine is a vasodilator, and is thus often coadministered with epinephrine for the purpose of vasoconstriction. Vasoconstriction helps to reduce bleeding, increases the duration and quality of anesthesia, prevents the drug from reaching systemic circulation in large amounts, and overall reduces the amount of anesthetic required.

Procaine, an ester anesthetic, is metabolized in the plasma by the enzyme pseudocholinesterase through hydrolysis into para-amino benzoic acid (PABA), which is then excreted by the kidneys into the urine.
Procaine is the primary ingredient in the controversial preparation Gerovital H3 by Ana Aslan (Romania), which is claimed by its advocates to remedy many effects of aging. The mainstream medical view is that these claims were seriously studied and discredited in the 1960s.


Adverse effects
Application of procaine leads to the depression of neuronal activity. The depression causes the nervous system to become hypersensitive producing restlessness and shaking, leading to minor to severe convulsions. Studies on animals have shown the use of procaine led to the increase of dopamine and serotonin levels in the brain. Other issues may occur because of varying individual tolerance to procaine dosage. Nervousness and dizziness can arise from the excitation of the central nervous system, which may lead to respiratory failure if overdosed. Procaine may also induce weakening of the myocardium leading to cardiac arrest.

Procaine can also cause allergic reactions causing the individuals to have problems with breathing, rashes, and swelling. Allergic reactions to procaine are usually not in response to procaine itself, but to its metabolite PABA. About one in 3000 white North Americans are homozygotic (i.e. they have two copies of the abnormal gene) for the commonest atypical form of the enzyme pseudocholinesterase, which means that they do not hydrolyze ester anesthetics such as procaine. The results in a prolonged period of high levels of the anesthetic in the blood and increased toxicity. However, there are populations in the world, such as the Vysya community in India, where deficiency of this enzyme is much more common. Contact us if you need more details on Anaesthetic. We are ready to answer your questions on packaging, logistics, certification or any other aspects about Dentistry、Novocain. If these products fail to match your need, please contact us and we would like to provide relevant information.